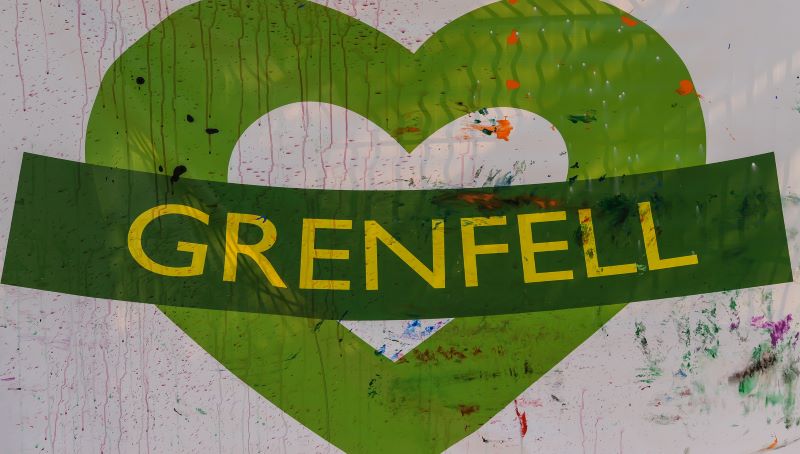 A general resistance to change was noted within the London Fire Brigade (LFB) ahead of the Grenfell fire, after a document stated that firefighters were often ‘unprepared’ for rapid spread fires and that training had ‘contributed to [this] lack of preparedness’ – a year after it told a coroner it had updated its training in this regard, the inquiry into the tragedy heard.

Fire authorities are required by law to visit certain premises to obtain information that may be useful if they’re ever required to fight a fire there. These visits are a key focus of this phase of the inquiry because the information recorded for Grenfell on the LFB’s operational risk database was found to be ‘woefully inadequate’ in the first phase.

The entries in the building database four years before Grenfell were described in an internal LFB report as ‘sub-standard’, and the inquiry’s first phase report concluded that the failings which led to this were ‘institutional in nature’. It included no plans of the building, only a small aerial picture; the wrong number of floors; and a box dated October 2009, that although it was titled ‘tactical plan’, had nothing in it.

The fire brigade has been criticized for opting not to move to more modern guidance for incident commanders on decision-making, amid a ‘very conservative’ culture that made it ‘very difficult to implement change’, Dr Sabrina Cohen-Hatton told the inquiry.

Dr Cohen-Hatton, a senior firefighter who holds a PhD in psychology, has researched and written extensively about the decision-making of incident commanders during fires. Her research, issued in 2013, helped to influence national guidance to fire authorities. She advised changing the ‘decision-making model’ for incident commanders to take more account of the ‘human factor’ – in essence, the way people actually think and reason during a high-pressure event.

She held a senior role at the LFB in 2015 when it considered this guidance and decided not to adopt it.

The public inquiry heard that a senior LFB officer feared ‘letting the cat out of the bag’ if it warned housing providers about combustible materials on external walls in the aftermath of a tower block fire in Shepherd’s Court, Shepherd’s Bush, the year before the tragedy at Grenfell.

Eventually, after seeking legal advice, the brigade warned all 33 boroughs in the capital about the potential risks of external cladding on tower blocks. But this was only two months before the Grenfell fire, following tests on the insulation panels at Shepherd’s Court. The tests concluded that the panels – which were made up of polystyrene and plywood – were more than likely the cause of the fire spreading up the outside of the building.

The fire brigade urged councils to consider the fire risk of flammable panels beneath windows within their risk assessments and to ‘take appropriate action to mitigate the fire risk’.

Negligence was also revealed on a pan-London scale. The inquiry heard the details of a new policy – Policy 800 – which set out how risk was to be assessed; how buildings were prioritised; and how information was gathered up and disseminated. The policy provided a grading score that determined the frequency with which the brigade would make repeat visits to buildings that scored above 150 within this system.

David Brown, a former assistant fire commissioner, was responsible for this policy reform after the 2009 Lakanal House fire in South London. He claimed that this would result in “the absolute vast majority” of high-rise buildings being entered in the database. But data from October 2017 (six months after Mr Brown retired) revealed that only 1,700 of 6,900 high-rise buildings in London ended up being included.

The policy was then changed in 2015 to omit the requirement to visit all high rises, but Mr Brown told the public inquiry that he “could not recall” being consulted on this change.