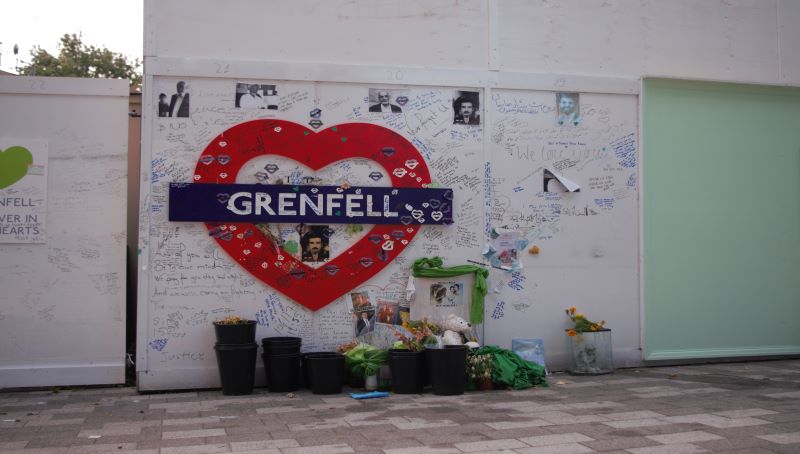 There have been long-standing concerns about KCTMO’s services, and in 2009 a damming report, published by independent auditor Maria Memoli, uncovered evidence of board members abusing their positions and of tenants waiting years for leaks to be fixed.

Shah Ahmed lived on the 18th floor of Grenfell since 1992. He chaired the Grenfell Tower Leaseholders Association (GTLA) and told the public inquiry: “I thought that the complaints procedure was a way for the TMO to be judge, jury and executioner. It essentially let them judge themselves. Their strategy was to refer me to the complaints procedure and exhaust the GTLA.”

Residents with mobility issues told how they were trapped inside Grenfell by both lifts breaking down, approximately once a month. Mariko Toyoshima-Lewis was unable to take her children to school when this happened, the inquiry heard.

Complaints specific to fire safety before the fire in June 2017 were also heard. There was a serious fire seven years before 2017 on the seventh floor, which saw the smoke spread all the way up to the 15th floor. Three residents were injured as a consequence but the complaint wasn’t resolved until 2016, when the refurbishment at Grenfell started.

Sayeda Ahmed was one of the residents injured in that fire seven years prior. Her husband Shah Ahmed made a legal claim following on from her injury, which revealed a serious defect within the building’s smoke ventilation system. It was broken, with improper seals, meaning it spread smoke around the building rather than removing it.

Residents weren’t told that the smoke ventilation system wasn’t working for a period of at least a year, despite the landlord knowing that it was broken “beyond repair”.

Legally-required fire safety information following the building’s refurbishment was left “incomplete” and “insufficient” after the completion of the project, the inquiry heard. A fire risk assessor also downgraded a Grenfell fire door risk level at KCTMO request and the council decided against the fire door inspection programme before the fire on the 14 June 2017, despite warnings from the London Fire Brigade (LFB).

The inquiry heard that KCTMO received a warning about the safety of the cladding on Grenfell two months before the fire, and that a group responsible for health and safety within KCTMO agreed to “not disclose” a backlog of more than 1,000 fire risk assessment actions to the LFB to avoid “scrutiny”.

The inquiry heard that, in 2013, residents were also worried about a series of power surges. Mr. Ahmed said: “The lights would flicker, computers turned on and off, and electrical equipment exploded. This was very alarming, as it could happen at any time without warning. It became increasingly frightening as my appliances emitted smoke and I realised that there was a serious risk of an electrical fire.”

He added that residents “were never given a proper explanation about the reasons for the power surges or what had been done to ensure they were not repeated”.

Both Mr. Ahmed and neighbour Ed Daffarn, who was a member of an estate management board of residents, questioned the appointment of Studio E as architects for the Grenfell refurbishment. It later emerged that this was Studio E’s first tower block job and that they had been appointed without sufficient checks.

Mr. Daffarn described the KCTMO within his blog, the Grenfell Action group, as being like “a mini mafia,” and a “non-functioning organisation”.

Grenfell’s vulnerable and disabled residents never had an escape plan in the event of a fire but the KCTMO’s housing manager, Siobhan Rumble, thought that the “fire brigade would deal with it”. She also believed that they could “use the lift” to escape the tower in a fire.

Emma O’Connor – an arthritis sufferer who was on crutches at the time of the tragedy and who lived on the 20th floor of Grenfell – did manage to escape via the lift just after 1am on the night of the fire, but many others sadly didn’t.