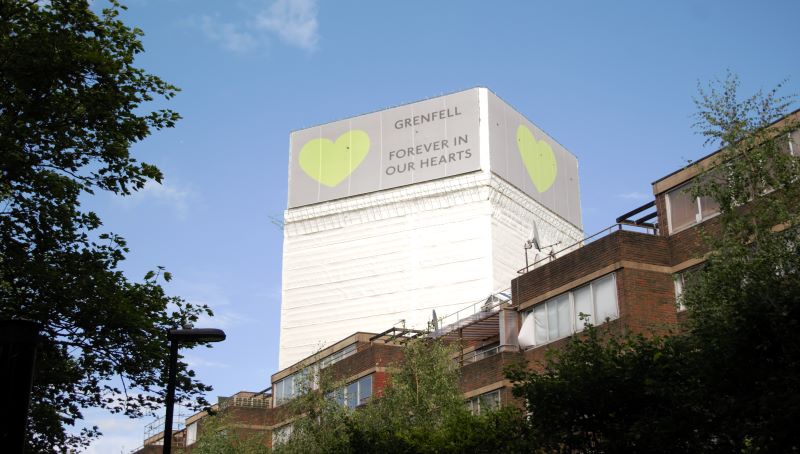 New emails released by the Grenfell Public inquiry have revealed that just two days after the Grenfell Tower fire, senior government official Brian Martin approached the National House Building Council (NHBC) in an attempt to rebut a story published in The Times which suggested that the cladding used on Grenfell was permitted under British building guidance – at a time when survivors were still sleeping rough after escaping the blaze.

Mr Martin wrote (in the emails to the NHBC): “I’ve been told to prepare a rebuttal of the assertion that [polyethylene] core ACM [aluminium composite material] panels comply with the guidance in [Approved Document B].”

“I’ve also been asked if an independent expert would be willing to say this [or something similar] in public? Can you consider the attached and let me know please?”

A spokesperson for Grenfell United, a collective of survivors and bereaved family members, said: “By the 16/06/17 we were still searching for our loved ones, still looking for accommodation for our families, and still had no strategy or support from local or central government. Yet [whilst] Grenfell Tower [still] burned, government were making efforts to hide the truth from the public,” said a spokesperson for Grenfell United, in response to these emails.

Shah Aghlani – whose mother, Sakina Afrasehabi, and aunt, Fatima Afrasehabi, died on the 18th floor of the tower – also told HQN: “I have not had any respect for government integrity from the the very beginning [of this tragedy]. With the current political system, I have come to a belief that all politicians are liars unless the opposite is proven.”

John Lewis, a former fire engineer for the NHBC, was questioned at the inquiry about the building control inspector’s willingness to sign off projects containing combustible insulation, despite knowledge of their fire safety risks.

Whilst the firm had no direct role in the Grenfell refurbishment, the inquiry is investigating its role in legitimising the widespread use of combustible materials in high-rise cladding systems before the Grenfell tragedy.

Guidance written in 2016 by the NHBC said that builders could use aluminium composite material (ACM) cladding panels alongside combustible insulation products in cladding systems on high-rise buildings. This combination of materials ended up on Grenfell as a part of a refurbishment programme.

Mr Lewis did not disagree when asked if its July 2016 guidance was “a dangerous mistake” which sought to achieve “business as usual at the expense of life safety.” He accepted that a desire to “collaborate” with the building industry was a “corrupting” influence for a firm that is required to enforce fire safety regulations but said that the firm “didn’t want to hold up the industry” by refusing to accept the use of plastic insulation boards, despite fire safety fears over the use of these products.

He added that he had “strong suspicions” that insulation manufacturer Kingspan was “concealing” failed fire test reports. Emails shown to the inquiry revealed that Mr Lewis had learned of failed tests on cladding systems containing the combustible product, including one which saw “flames coming off the top” of a nine-metre rig.

Other emails shown to the inquiry revealed that he had described certification clearing Kingspan’s K15 product for use on high rises as “garbage” and the use of combustible cladding materials as “an accident waiting to happen”.

Despite these red flags the NHBC continued to accept the use of Kingspan on high-rise buildings. In fact, the influential firm holds responsibility for signing off more than half the country’s construction projects as compliant with guidance and led a process which resulted in the production of industry guidance saying cladding systems with combustible materials could be used on high rises, provided they were justified by the use of a ‘desktop study’.