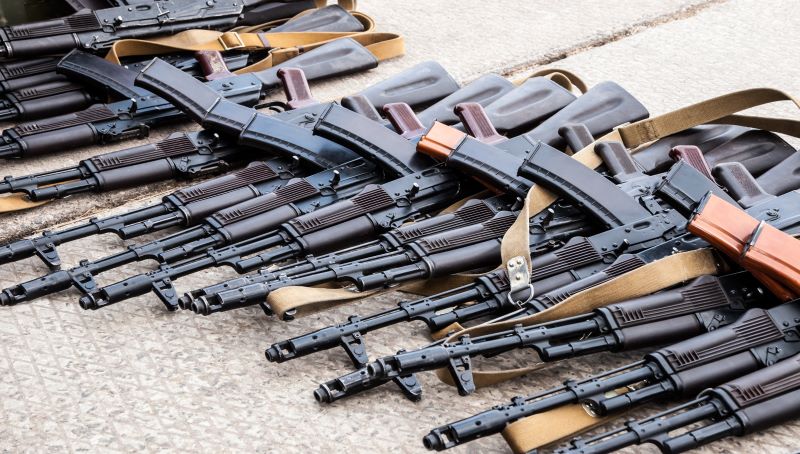 Is it time to ban the phrase business-like from housing? Reading the papers today it’s clear that too many businesses are all about profit regardless of the consequences. Let the Devil take the hindmost is their motto. That’s not, or shouldn’t be, our mantra.

The front page of today’s Daily Telegraph business section features a picture of a smiling model showing off a Russian-made assault pistol at an arms fair. You couldn’t make it up. The Saudi’s built a new runway to host the World Defence Show so prospective buyers could see just how effective Russian aircraft, drones and trucks are. Why? You can see the damage they do day in and day out on the TV. The Telegraph reports that BAE Systems is due to attend. Yes, that’s the same BAE Systems whose pension fund invests in our housing associations. We need to start asking a few tough questions about where our money comes from. Gallivanting with the Russians as they slaughter the innocents is simply not on. Let’s hope BAE Systems do the right thing and stay home.

But it’s no surprise arms fairs are lucrative. Many in the West want to re-arm in case the threat from the Russians (or others) spreads closer to home. That’s why there’s pressure to look at defence companies favourably under environment, social and governance (ESG) ratings.

Now, I take the point, we do need to protect ourselves. Yet, for me, a column in the Telegraph’s business section by Roger Bootle goes too far. He says, “we don’t need tax rises to fund the Army – let’s make cuts elsewhere”. Roger is the chairman of Capital Economics – that’s the firm social housing campaigners go to when they want to put the case for building new social rent housing. Do Capital Economics now think we should turn ploughshares into swords? I’m very interested to find out.

While sane people are worried about nuclear war a Canadian business sees the silver lining in even this toxic cloud. The Telegraph headline trumpets the views of BCA Research – “Don’t let a one-in-10 chance of nuclear war stop you buying shares.” Unbelievably, BCA go on to say that – “the risk of Armageddon has risen dramatically. Stay bullish on stocks over a 12-month horizon.” Perhaps the word Armageddon has a different meaning in Canada!

Until now many of us worried that it was much more likely we would destroy the planet via climate change than bombs. Hence all the plans for decarbonisation on which we’re diligently working. Thatcher, Blair and Cameron all got the climate change threat but opted out when life got difficult. Will Boris drop it like a hot brick too? Businessman Richard Tice and his henchman Nigel Farage certainly hope so and are campaigning for a referendum on ditching net zero. So, watch this space.

I fear we may have missed the boat on climate change through dithering. We really should have put one of Churchill’s “Action This Day” red stickers on the net zero project files. Feel free to prove me wrong, by the way.

While I found the Telegraph’s business section distasteful you should never miss the letters page.

Lt Gen Sir Richard Vickers writes in from Cerne Abbas in Dorset to inform us that he was forbidden from deploying his tanks to defend Czechoslovakia in 1968. “I was told that no such action should be taken as it would be seen as provocative. So, we sat tight and watched as that country was invaded. I felt ashamed.”