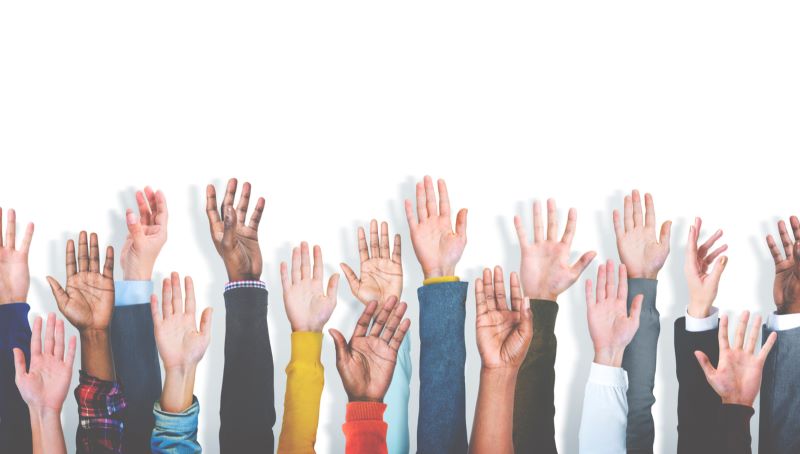 If there’s one commonality amongst housing associations, it’s the notion of being values-driven – either through carefully crafted acronyms, followed with an occasionally awkward word to fit, or a snappy list of words that still requires a sentence or two of qualifiers.

What do they mean though? Who are they for, and more importantly, do they lose all sense of meaning when the way the organisation acts doesn’t demonstrate them?

Do they, in a literal sense,  become the writing on the wall, part of the décor in corporate colours? Snappy and memorable things to memorise for a job interview but are rarely asked.

I pose the question ‘Who are they for?’ because I was never sure – even participating in values workshops to create them for a new organisation.

There’s the external audience, of course: the casual website visitor researching for that job interview; the tenants and suppliers; the competitor – looking at what others are doing in the hope of out-valuing them.

There is, of course, the internal audience: the staff, leaders, executive team, and the board. They are created to say, ‘this is who we are’, ‘these are our core beliefs, our guiding ethics; the principles by which we conduct our business’.

With essentially the same offer as each other, do housing associations just replicate the same values using different words? Do they take the values that we all might have – integrity, inclusivity, responsibility, for example – and just paint them in different colours, hoping no-one will notice that they say very little about what’s unique about their organisation?

Is the truth that there’s nothing unique when the properties and services offered are essentially the same? Beans are still beans, even though the quality might differ significantly.

When I think about ‘housing’, I think social rented. I think about waiting lists, homelessness. I think about the marginalised people desperately waiting in a B&B for an offer of settled, permanent accommodation, and wonder what the values of an organisation will mean to them, when they’re in a system that might render any notion of values a moot point.

What use are the values of an organisation using a choice-based letting system when any sense of being able to exercise choice has  likely been taken away on their path through the homelessness legislation?

You ‘respect the individual’ yet can’t do anything about the local authority’s insistence for the void property in a poorer area, when something in an area they would prefer is also available and really, when you think about it, they could have.

You ‘value diversity’ or are ‘people-centred’ but your unconscious bias is already thinking about the potential for antisocial behaviour, or neighbour complaints because they’re homeless and the negative connotations are already there, even with the amount of EDI training you’ve had.

My experience of tenants moving into properties from a homeless or homeless prevention background taught me that if we could offer properties in an area they wanted, we would save the   cost of a void property down the line, because the data suggested that this cohort had a longer tenancy length than direct applicants, and they were also the highest transfer applicants.

I had no experience of a move being a reward for proving that bias wrong, because that was probably not a value that the organisation had – not for tenants anyway.

The point I suppose is, that values are only words unless there are actions that back them up, and that the actions are universally applied – you know the ‘treating everyone equally’ value you have.

In some cases, people do need to be treated equally, the process and way you treat each other need to apply from apprentice to chief executive.

When hard business decisions need to be made that ‘be kind’ applies as much to a Head of Service role that needs to be made redundant as to members of the organisation that provide the frontline service delivery or back-office support.

Are you sure the ‘be kind’ value isn’t getting trampled all over in the haste to get the job done so quickly in the hope no one notices, and you can get back on with business under a new structure, fit for purpose to deliver a new vision?

Ultimately, values are meaningless without the actions to back them up.