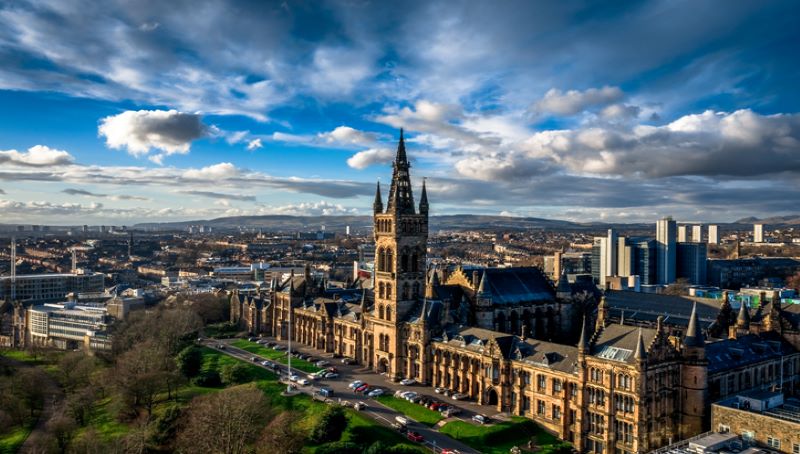 This piece first appeared in the November edition of the Housing Quality Magazine, which you can read here.

“I was sick and tired of everything when I called you last night from Glasgow” sang Abba in 1980. If Agnetha and her chums rocked up for COP26, they’d have thought they were at the tinsel town in the rain city of Glasvegas instead.

Our braw homemade Hillman Imps have gone to the scrapyard in the sky. Now, our celebrity visitors waft around in limos and private jets. And anyone who’s anyone does what they always do when they visit Glasgow: they stay in Edinburgh.

The protestors were long on righteousness but short on local knowledge. Why would you glue yourself to a panda car? Sooner or later, the polis huckle everyone in Glasgow. Please wait your turn!

My man on the inside tells me that COP26 was “like going into a huge corporate trade fair”.

And we know how well these things work. Homelessness and poor housing conditions are eradicated thanks to the mega events we have in housing. Kilts, ballgowns, and dandruff edged dinner suits with bulging cummerbunds, topped off by self-tying bow ties, solve everything. Well, maybe not.

As the delegates were reading their autocues, lots of folk in Glasgow were worrying about putting the heating on because of the bills. For me, the funniest moment was when a random public schoolboy from a Mungo Jerry tribute band, George Monbiot, told us to stop eating meat.

Has he even seen a Scotch pie? All I can say is that the sheep got away with flesh wounds. They’re perfectly safe for even the strictest vegan.

The worry is that we load more and more costs onto people which they simply can’t afford. Will the weekly food bill soar? Will holidays get more expensive? Do you need a Tesla to get to work?

These items are neither here nor there to decision makers. That means they shouldn’t be in that exalted position. I read last week that no one on the committee that sets mortgage rates actually has a mortgage.

Are we any different? Do the tenants and shared owners get any say in the rents we set?

It’s a tricky balancing act. We absolutely do need to decarbonise homes and we do need to build new ones. Naturally, that costs money.

Go to any conference and you’ll get a free pen and a shot on the Scalextric from the folk who want you to do those things. And more power to their elbow. But we need to listen just as hard to the residents who pay the rents. They’re fighting on all fronts with rising costs. Can we help them?

I was talking about council tax to a friend who works in hospitality. Surely you can see the case for a modest increase every year for education, social care, and the like, I said. She replied that’s all well and good but people like me never get a wage increase.

You can’t get blood out of a stone, even for good causes. Realistically, what can your residents pay this year? That’s the starting point.