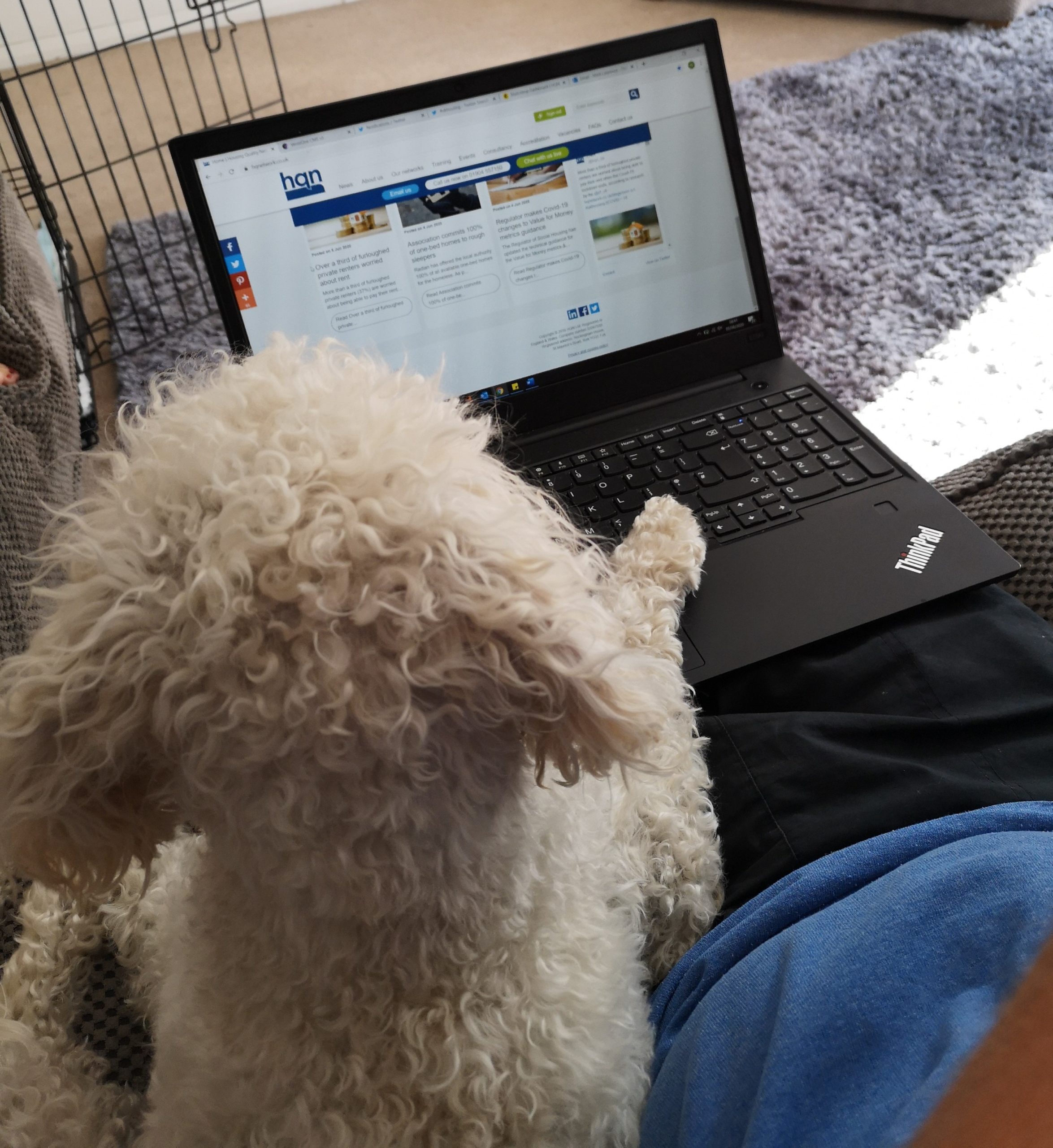 I always thought that blanket bans on pets in rented properties were rather cruel. I can remember signing people up and seeing the disappointment in their eyes when they realised that their beloved pet could not join them.

The ban on pets is also discriminatory. Property owners can have any number of ill-natured beasts and there is little that neighbours can do about it other than contact their local EHO. Next to my allotment is a house where dogs often bark all day long. Someone put an anonymous letter through their door threatening action and this resulted in a Facebook post from the owner whining about harassment. Some of the comments argued that dogs should be allowed to bark as it is in their nature!

Sadly, the social housing sector has always contained both Lady Bountiful and Puritanical elements within its ranks: “You should be grateful for what we are about to give you”, and “No fun allowed”. It’s like the ‘No Ball Games’ signs that litter our estates – nimbysim personified; completely unenforceable and counter-productive. Given the health crisis now engulfing our nation, they should be replaced with ‘Ball Games Encouraged’.

Anyway, given the mental health crisis and the pandemic of loneliness that pre-dated coronavirus, the government has at last recognised the benefits of pet ownership. The recent White Paper said: “We recognise that domestic pets also bring joy, happiness and comfort to people’s lives, helping their owners through difficult times and improving their mental and physical wellbeing.” It called for blanket bans on pets to end and asked landlords to adopt policies that allow tenants to keep pets so long as they “do not adversely affect the lives of neighbours and those living nearby”.

Strangely, this has now been put into action but for the private sector, with the publication of a model tenancy agreement that prohibits a blanket ban on pets. Instead, the default position is that pets are allowed and the landlord will have to object in writing within 28 days of a written request to keep a pet, and provide a good reason why it is not allowed.

A survey by The Dogs’ Trust in 2008 found that 78% of pet owners had faced difficulty finding accommodation which accepted pets, with over half never finding a suitable property and almost one in ten having to rehome their pet. I doubt the situation has changed much since then. More recently, in 2018 The Trust took in over 1,000 animals due to rental restrictions.

The position in the social housing sector is not so clear cut but I am assuming that guidance will be issued shortly, unless it is one of those areas that requires legislation?

At random, I looked at the pet policies of several landlords and found there is a wide range of approaches. Some have a blanket ban on pets in flats other than caged birds and fish. Some put an upper limit on the number of uncaged animals that can be kept and only allow pets in flats if there is no communal access. Some ban pets in care homes and sheltered housing schemes (‘pet free schemes’ – the very people who would need them most, I would have thought).

Some allow different numbers of dogs and cats according to the size of the property. This one prohibits dogs and cats in bedsits but allows smaller dogs and cats in one-bed properties. Some put a limit on the size of fish tanks; some ban bees. All of them seem to require  written consent before you can keep a pet. Worryingly, many seem to leave the decision up to the discretion of housing officers and other managers (“we will consider each case on its merits” etc.), which seems arbitrary and open to abuse. Frankly, the policies are all over the place.

It seems to me that all of this tends to treat tenants like infants who are not to be trusted. If you own your house and your mortgage provider tried to tell you what animals you are allowed to keep, or put a limit on the size of any fish tanks, there would be a justifiable level of outrage. Human Rights!

Why can’t we deal with this under the general nuisance clauses in a tenancy and make it the default position that pets are allowed so long as there is no nuisance? Of course, some housing managers will cry that this would give carte blanche to tenants who want to keep a python, a Komodo dragon or a wolf-dog hybrid. But again, let’s treat tenants like grownups and start from the assumption that they are sensible unless it proves otherwise. Strangely, most people are sensible.

The Dogs’ Trust survey I mentioned earlier found that pet owners were often so grateful to find a property that welcomed pets that they ended up being model tenants and stayed for longer. So perhaps a more liberal approach to pets would pay dividends. And allowing care home and sheltered housing residents a pet, so long as they are capable of looking after it, would seem to me to be an act of kindness during the current pandemic.

Let’s hope the government’s approach to this brings some clarity and consistency on the pet issue.