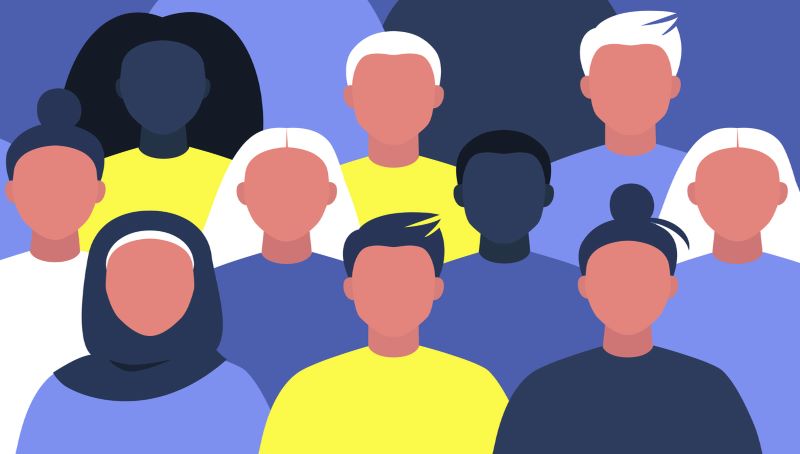 When the call for members was originally sent out across Sovereign, Jerome Williams, our Equality, Diversity and Inclusion (EDI) Manager, said he was looking for people to join a ‘Women’s Network’. Somewhat unsurprisingly, bar Jerome himself and Kevin Ives, our Chief Information Officer, most of those who responded to the call for members were women – including me! I was interested, instantly.

As a parent in the workplace and a mother to a daughter, I feel very strongly about equal opportunities for women and knew that I wanted to be involved from the outset.

What became apparent at our very first meeting was a feeling of frustration among the new members that the issues being discussed, from childcare and parental leave to miscarriage, were not just ‘women’s issues’ for a ‘Women’s Network’ – in fact, they are issues which can affect everyone, but at times, weigh more heavily on women.

This is why the group is now actively encouraging more members.

We want to welcome more men as well as anyone who is non-binary or who identifies differently to the male/female genders –​ basically anyone who wishes to see a change in gender equity and equality.

So what is the difference between equality and equity?

Equality means that each individual or group of people is given the same resources or opportunities. Equity recognises that each person has different circumstances and allocates the exact resources and opportunities needed to reach an equal outcome.

This is important because – at Sovereign – in many ways we are already pretty good at treating people equally – for example our mean Gender Pay Gap is just 1.7% and we continue to work to bring it down.

However, it may not be that everyone feels that they are treated equitably – and we want to get to the bottom of that.

Our group will offer a safe space where we can discuss difficult topics such as career advancement, health issues, caring responsibilities, flexible working, parental leave and more – raising issues that might be affecting us at home and at work.

However, this group is not just for talking – this group is for action – we want to see real policy change on the equality and equity issues that matter to Sovereign employees.

We’ll aim to introduce new ideas to the business to create a fairer workplace, highlighting and bringing examples of best practice around the world. It’s great to see members of both our Executive Board and senior leadership teams stepping up and getting involved, leading by example.

The group has already met a few times, and has agreed terms of reference, a vision and a number of objectives, some of which are in line with Sovereign’s EDI strategy – and we hope to really boost that progress along over the coming years.

As with the other networks – in the last year we’ve launched an LGBTQI+ network, CAAN (the Caribbean African Asian Network) and a disability network – we have the full support of the organisation and hope to bring about real change for the future.