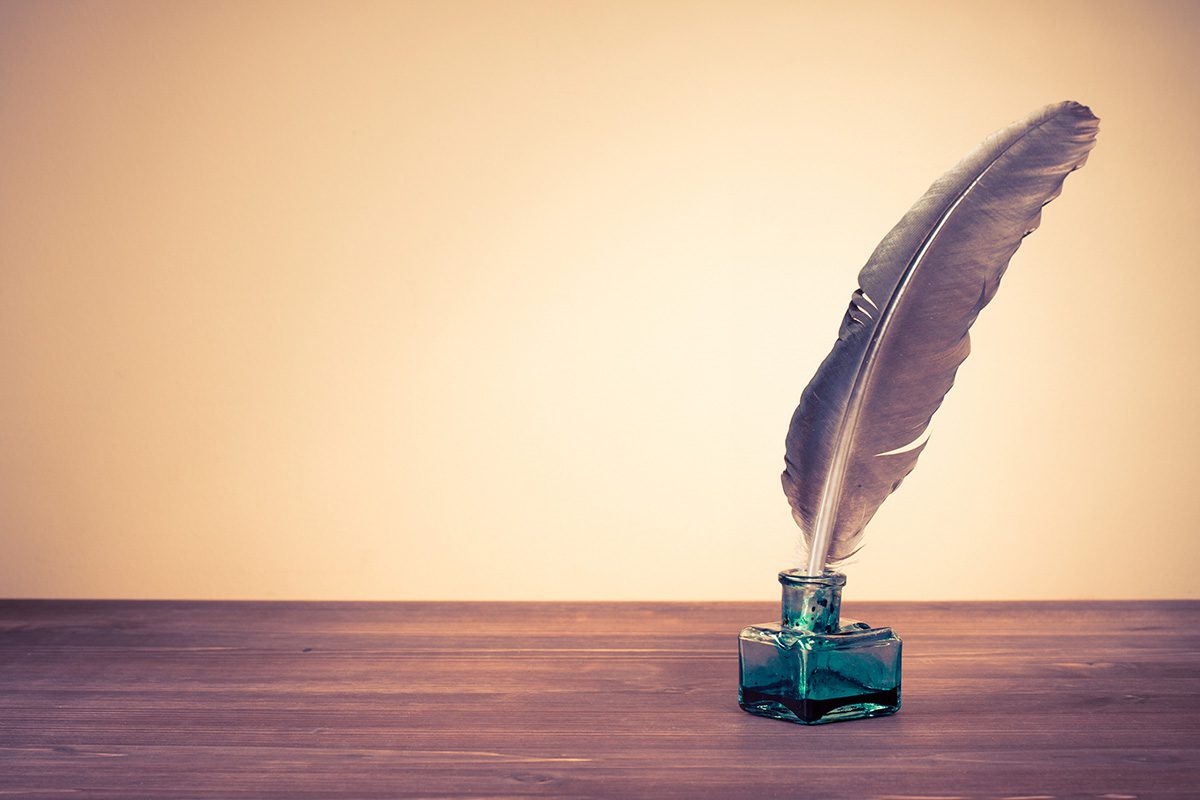 People working from home today don’t know the half of it. Back in ’93, when I more or less invented working from home, it was very different. Well, what actually happened was that I fell out with two employers in quick succession. Can you imagine such a thing? So, my wife took me round the corner for a nice drink in the pub garden of the Red Lion Blewbury and suggested that it’d be better all-round if I became self-employed. As I didn’t really know what that meant I quickly agreed.

She outsmarted me and I should’ve seen it coming. Within days it was “now you’re at home all day we can have a dog”. That’s when Norman, the worst behaved Cocker Spaniel in history, entered my life. Whenever I was due to go to a meeting, he charged off at 100mph with his giant ear flaps flopping like Dumbo. The listening power of these lugs was in inverse proportion to their size. He’d take hours to plod back. To make matters worse, a year later his young brother Charles came along. And they insisted on five (yes, five) walks a day plus endless ball games. The only way I ever got anything done was by working at Norman speed to the deadline. He was an indomitable inspiration. And very useful in presentations.

At the top of Gold Hill in Dorset (of Hovis advert fame) he would put his tail up to demonstrate to the council tenants the income that a stock transfer would take in from rents. Next his tail falls down at exactly the right angle to show outgoings. Then a quick wag so you could see that the difference between the two was the value of the stock. Discounted cash flow made easy! He was a genius. No other consultant came close to him. That bad boy didn’t need Excel!

But, needless to say, I had to do all his admin. That wasn’t as easy as it is today. When I started out, I was working for Coopers and Lybrand and they sent out motorbike couriers to pick up manuscripts. They took them to banks of typists holed up in various new houses in docklands. No one wanted those homes then. I think the typists bought the houses, so someone did well in the end. Good luck to them.

I started out with a slow old Amstrad computer. You had to put endless floppy disks in and out to make it work. When I’d put aside a few bob, I got a proper PC. Which of course meant I wasted half a day playing Solitaire or Minesweeper. OK, I also watched the telly and convinced myself I had superhuman powers. I could predict exactly what was going to happen next in Neighbours. Sadly, my wife brought me down a peg or two by pointing out that the evening show was in fact a repeat of the one I’d wasted time watching at lunchtime.

Back then there was no internet, so you needed to post your work off. When I moved to a new house, I looked for a place with a big enough slot in the post box to send reports. That was the deal breaker in those days. You probably don’t even know what size your post box is.

I had a great woman in Didcot who did my slides. These were printed onto sheets of plastic then placed on overhead projectors. You had to carry a spare bulb to make sure things went well. And, boys being boys, we all sabotaged each other’s presentations by fiddling with the machine to put it hopelessly out of focus.

There weren’t many of us in housing working this way at the time so most of our contacts were from other sectors. Let’s just say the person doing the slides did not get our sensitivities. Her main job was pushing up the sales of Oxford University Press textbooks in war-torn Yugoslavia. As I was heading off to a London borough, I asked her to switch my best value man slide to a best value woman instead. I picked them up and leapt in the car and thundered (as best a wheezy carburettor Cavalier could) to the town hall. The presentation was going well till I spotted she had drawn best value woman in a somewhat risqué style. Thankfully, I ditched it before the audience, including Kate Davies, saw this career-ending diversity blunder.

When the internet kicked in, I was living in North Yorkshire. I spent almost as much money fencing Norman in as I did buying the house. We were connected to the World Wide Web by an elastic band. It took hours to connect and download even the smallest paper. I hated anyone that put a picture or a diagram on a document. Still, you could listen to Blur versus Oasis on new-fangled minidiscs to while away the time it took for a chief executive’s beard to download.

But by far the biggest problem was nutrition. I devoured every sort of hobnob in the early days to keep me going when chasing Norman and playing Minesweeper. In the end I looked more like a house than a housing consultant. So, I was banned from the biscuit aisle in Tesco in the way many of you today want to jettison the toilet roll hoarders.

“Can I get a biscuit dear? No, you’ll only eat them” was the script for the weekly big shop. Where did those years go? Every time I pass Wittenham Clumps or the North York Moors on the train I still see those boys charging off. Will we ever be that carefree again?