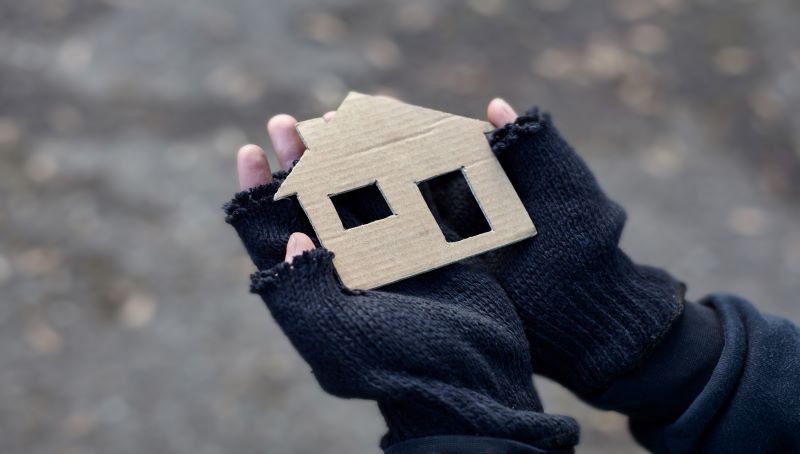 People who are experiencing homelessness or who have experienced homelessness are at higher risk of many health problems, including mental health and substance use issues.

Many will have experienced complex trauma and have a long history of multiple exclusion and may struggle to access support in all aspects of their life. This is my experience of trying to navigate housing as a healthcare professional.

My first experience of housing in my role was a positive one. Working collaboratively with the rough sleeper navigators and housing options, providing a housing and health approach through assertive outreach, appeared to be very beneficial in supporting the client group with complex needs.

I have a nursing background and had little to no knowledge of housing legislation or the resettlement process; having a working relationship with housing options and the resettlement teams was invaluable in being able to give the best care to my patient group. As they were all working with and for people experiencing homelessness, the support they give puts the person they are supporting at the centre of all of they do.

In contrast, my first experience of housing registration, unfortunately, was not as positive. Malcolm (name changed for confidentiality) is 57 years old. He was recently diagnosed with cancer, hepatitis B, and chronic obstructive pulmonary disease.

Malcolm is a care leaver and has a history of substance misuse, rough sleeping, and mental health problems. He moved into his council property from a hostel 20 years ago.

As Malcolm’s physical health problems began, he found it harder to maintain his living environment. The only consistent support Malcolm had was from his worker in the drug and alcohol team (which I now realise is not uncommon).

When the drug and alcohol team were concerned that he had cancer they referred him to the hospital, but he did not attend any of his appointments.

Malcolm became so weak that he was unable to get out of bed and his mental health deteriorated as he prepared himself to die, alone, in his flat. However, through assertive outreach instigated by the drug and alcohol team, Malcolm was supported to go into hospital. They were shocked at the conditions that Malcolm had been living in.

Malcolm was in hospital for four months. Prior to him being discharged the housing management officer arranged to change the locks, as Malcolm had lost his keys, and organised a deep clean of the flat to make it a safe living environment on his return. He was then transferred to St Leonard’s Hospice for symptom management and support with his complex social issues.

He was assessed by the Hospice team and it was felt that he could not safely return to his upstairs property due to reduced mobility. I supported Malcolm to apply for rehousing.

His application was contested by housing registration as they had a hospital assessment that stated Malcolm was able to walk up two flights of stairs with no assistance. Unfortunately, this has become the main barrier to getting Malcolm rehoused. I provided a covering letter from doctors, physiotherapists, occupational therapists, and social workers to support his rehousing.

They also stated that Malcolm could be seen as being in breach of his tenancy due to the condition his flat was in, which I felt was unfair due to the circumstances leading up to the hospital admission, which was all included in the evidence supporting his housing registration.

I am continuing to pursue a suitable tenancy for Malcolm, who after over four months in a healthcare environment just wants to get home safely.

The resettlement services offer a person-centred and compassionate approach that really works, and I feel this is down to their working knowledge of the issues faced by this client group. I strongly believe that if housing and health services could work collaboratively with people experiencing homelessness, this would facilitate a more holistic approach with better outcomes for tenants.