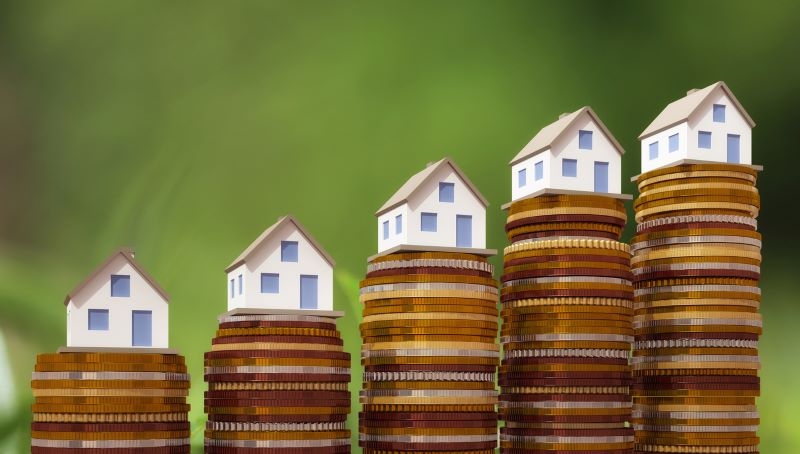 Three stories caught my eye this week and they seem to be symptomatic of the malaise that is affecting some parts of our sector, as highlighted by the recent ITV coverage that I wrote about two weeks ago.

First off, was the news that affordable housing residents at the elite Embassy Gardens development in Nine Elms are being denied access to the facilities enjoyed by owners. Developer Ballymore promises Embassy Gardens residents “a life like no other” but this does not seem to apply to the residents of the two housing associations involved in the scheme.

Residents in the exclusive part of the development pay up to £6,500 in service charges each year for the benefit of the much publicised “sky pool” and other facilities, but for the affordable housing residents there is a different story of exclusion, never mind from the pool, but even from basic services such post and parcel collection, even if they are willing to pay for it.

It seems some parcels have been left outside the block and some have disappeared. One resident said that the housing associations involved are contributing to this social divide: “There’s a complete lack of service from [the two housing associations] and when we try to raise issues, we get sent from pillar to post between them and Ballymore.”

I wonder if the development teams that had acquired these homes from Ballymore had considered the service charge issues, or whether, indeed, management staff had any input into the process?

The second story was a major investigation by The Financial Times into the “obscene and scandalous” service charges being levied on some residents. The story highlighted inflation-beating increases in charges, overcharging, unchecked errors, and more, all causing grief and heartache for many residents.

Strangely, four of the five cases involved housing associations, although many private landlords (including Ballymore, where service charges have been increasing well above inflation) are guilty of this. Again, I wonder if the development teams at the associations involved in this story had paused to consider the impact upon residents of these acquisitions, or whether management staff had any say in the matter?

The third story was about CEO pay. Last week Robert Jenrick was interviewed by ITV and asked to comment on the series of stories they had been running on damp and mould in social housing schemes. During the interview, he said that “…executive pay is out of control in some of the housing associations that you’ve highlighted, absolutely”.

Some felt that he was trying to deflect responsibility for the problems that ITV had highlighted, but it is certainly the case that many in the sector are uncomfortable about inflation-busting pay for CEOs. (I checked the figures and, as an example, in 2001 the chief executive of Places for People was paid £133,000. If that had increased with inflation it would be £225,000 now but he was actually paid £410,000 last year. Of course, PfP is a bigger organisation, but you get my drift).

But this is chickenfeed compared to the shocking news that the former CEO of for-profit registered provider Sage Housing was paid £931,000 in 2019 – more than double the rate for the highest paid not-for-profit CEO. Not bad for an outfit with only 5,000 homes.

I can’t find any record of Robert Jenrick complaining about that, but I guess for-profit companies can pay what they like, even though social housing rents are contributing to the salary.

If you recall, Sage was acquired by international investor Blackstone in 2017 and they put £2bn into the business so that they could buy section 106 schemes across the country. Others in the sector accused them of outbidding housing associations and the NHF forced them to remove the term housing association from their literature.

I mentioned previously that I spent a few months working for Sage in 2018, writing their policies. To be clear, there were some lovely people working at Sage and those on the management side mostly came from an affordable housing background, but the money men were definitely driving it forward, and the development team included many people with real estate and housebuilding backgrounds.

They were buying up smaller developments from Portsmouth to Preston without much regard, it seemed to me, for the impact upon residents, and management staff had almost no say in what was being acquired (they’ve now handed over management to Places for People.)

At the time, I did wonder about the implications of managing scattered stock over such a wide geographical area but it was explained to me that the Sage online customer system would be second to none.

A few weeks ago, I wrote about the hubris that had caused the downfall of Northamptonshire Council, where groupthink had taken hold and leaders were convinced that they were in the right. They allowed no opposition and critics were excluded or dismissed.

I think all three of these stories are linked together by the same hubristic approach, and it is characterised by growth at all costs, regardless of the consequences.

It seems to me that too much growth and acquisition of ‘units’ is driven by the money men, in this case development teams and finance directors, driven forward by ‘growth at all costs’ CEOs and boards, without much thought for the people who are going to live in the places they buy or develop.

They are the tail wagging the dog, when it should be the financial and physical wellbeing of residents, supported by caring and effective managers, who should be in the driving seat, or at least deciding on the route.

When the regulator comes to re-write the standards, there should be a much greater emphasis upon the needs of tenants and residents when it comes to building and buying new homes.