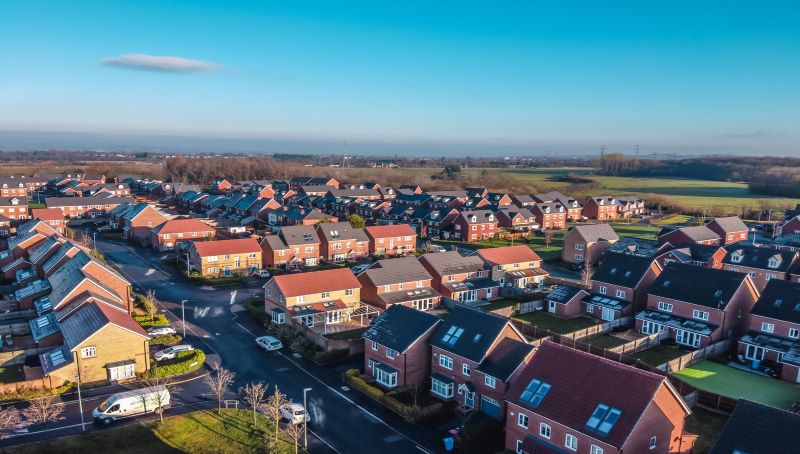 Housing Secretary Michael Gove is set to announce a new national landlord register and a promise to bring around 800,000 private rented homes up to a decent standard.

The measures are rumoured to be introduced in this week’s Levelling Up White Paper.

The decent homes pledge is set to include energy efficiency too, which could show the direction of travel for the renewed Decent Homes Standard mentioned in the Social Housing White Paper.

Also being announced as part of the Levelling Up White Paper are plans to regenerate “disadvantaged communities”, however the funding was all prevoiusly announced at the last Budget.

The funding is to target “derelict sites in towns and city centres” and will create new homes, jobs and new communities across England.

Wolverhampton and Sheffield will be the first of 20 places selected, with all 20 being prioritised within the £1.5bn Brownfield Fund.

Levelling Up Secretary, Michael Gove, said: “We are on a mission to regenerate the nation, transforming derelict areas in our towns and cities into thriving places people are proud to live and work in.

“We are refocusing Homes England and empowering local leaders to support levelling up, delivering Kings Cross style transformational regeneration projects across the country – starting in Wolverhampton and Sheffield.

“This huge investment in infrastructure and regeneration will spread opportunity more evenly and help to reverse the geographical inequalities which still exist in the UK.”

Homes England chair Peter Freeman CBE said: “A sense of a place and indeed a pride of place are crucial to thriving communities. Our expanded mandate will allow us to further support ambitious local leaders in delivering placemaking and regeneration alongside a wide range of public and private sector partners.

“We have many years of experience undertaking a broad range of brownfield land and regeneration projects which combined with full use of our statutory powers and funding means we’re well positioned to transform places and communities.”

Andy Street, the Mayor of the West Midlands, said: “Here in the West Midlands we have been the real pioneers of a brownfield-first approach to housing, using government cash to remediate derelict old industrial sites and turn them into thriving new communities – all whilst protecting irreplaceable greenbelt land.

“So I am absolutely delighted that the government are continuing to support our work, putting further funding on the table so we can build on the progress we have already made. I am particularly pleased to see the new funding for Wolverhampton, which is really at the heart of the brownfield revolution taking place in the West Midlands.”

Dan Jarvis, the Mayor of South Yorkshire, said: “I warmly welcome this support for regeneration in Sheffield and South Yorkshire. It’s a much needed recognition of the potential of our region.

“Giving Homes England a wider focus on regeneration is also a very positive move, as is their commitment to support local and regional leadership. We’ve always argued for a more joined up approach, and lasting progress can only be driven from our communities.

“The key challenge will be ensuring that this comes with the long-term, transformative investment we need, and that it connects not just housing and buildings but skills, public services and environment.

“We’re looking forward to working with the government to realise the ambition we all share to create a better future for Sheffield and South Yorkshire.”

The government will also launch the £1.5bn Levelling Up Home Building Fund that was announced in the Budget, providing loans to small and medium sized builders and developers to deliver 42,000 homes with the vast majority going outside London and the South East.

A further £30m is being awarded to 3 Mayoral Combined Authorities in Greater Manchester, Tees Valley and West Midlands on disused brownfield land. Meanwhile, £8m from the Brownfield Land Release Fund (BLRF) is being allocated to 13 councils which will release land for a further 898 homes.

The BLRF has so far awarded £69m to support councils to release their brownfield land for 6,856 homes by March 2024.