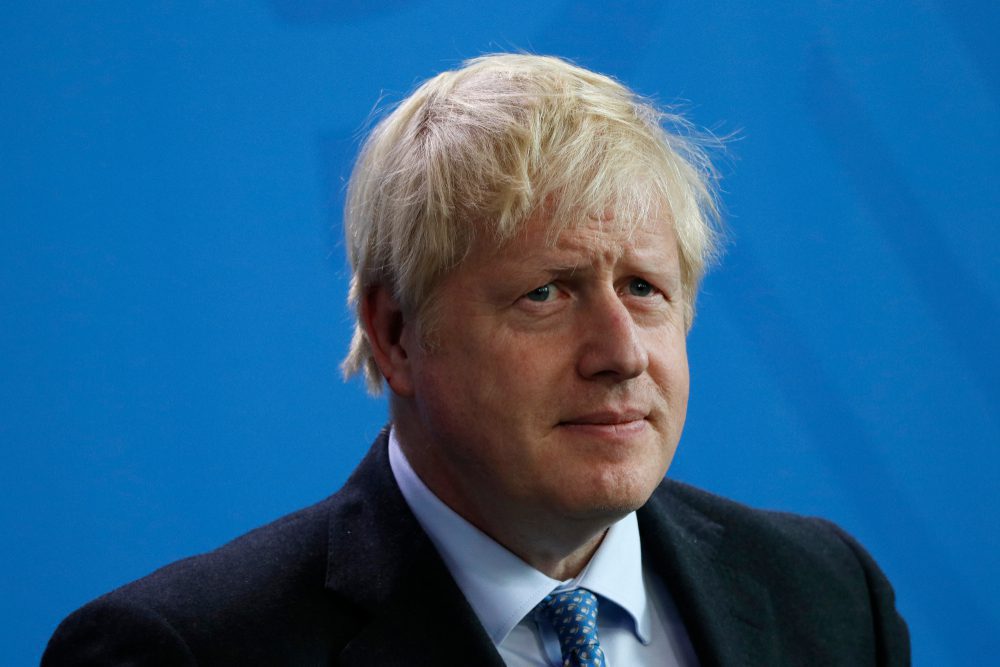 The Prime Minister has unveiled new housing measures to “support more people to get onto the property ladder”.

At a speech in Blackpool, Johnson confirmed the heavily trailed return of the Right to Buy for housing association tenants, saying that the number of people using the policy had “diminished”.

He committed to working with the sector on the policy and said there would be one for one replacements.

Johnson said: “For four decades it has been possible for council home tenants to use a discount to buy the property they live in. Over that time almost two million people have been helped into home ownership.

“They have switched identities and psychology, from being dependent on the state for every repair – from damp-proofing to a new front door – to being in charge of their own family home, able to make improvements and add value as they please.

“For various reasons the number of tenants who actually use this freedom has been steadily diminishing.

“So now is the moment to widen the possibilities, and to give greater freedoms to those who yearn to buy.

“I want us to deliver on the long-standing commitment, made by several governments, to extend the right to buy to housing associations.”

“They cannot buy, they don’t have the security of ownership, they cannot treat their home as their own or make the improvements they want. And while some housing associations are excellent, others have been known to treat their tenants with a scandalous indifference.

“So it’s time for change. Over the coming months we will work with the sector to bring forward a new Right to Buy scheme. It will work for tenants, giving millions more the chance to own their home.

“It will work for taxpayers: responsibly capped at a level that is fully paid for; affordable within our existing spending plans, and with one-for-one replacement of each social housing property sold.”

He also said government will be exploring more low-deposit mortgage products, including allowing benefits payments to be used by mortgage lenders during affordability checks.

Claimants will also be allowed to save for a deposit in this time.

He said: “Today I can announce a comprehensive review of the mortgage market.

“Reporting back this Autumn it will look at how we can give our nation of aspiring homeowners better access to low-deposit mortgages, and what our own mortgage industry can learn from counterparts around the world  who have all kind of alternative ways of offering finance, managing risk, and unbolting the door to ownership.”

Levelling Up Secretary Michael Gove, said: “Today we are extending the opportunity of homeownership to millions more hardworking people across the country.

“By extending Right to Buy and bringing forward the most comprehensive review of the mortgage market in decades, we are backing first-time buyers, breaking down barriers to homeownership and delivering on the people’s priorities.

“At the same time, we will continue to deliver much-needed new, good quality social homes by replacing each and every property sold.”

However, Lifetime ISA savings are to be exempt from these rules.

Secretary of State for Work and Pensions Thérèse Coffey said: “For too many people the aspiration to own their home has been taken away. By turning benefits to bricks, we are opening the door to home ownership for those on the lowest incomes.

“By removing barriers and allowing people on benefits to save into a Lifetime ISA, they will be incentivised to put aside a deposit to buy their home.

“And we are also giving people the choice to use their benefit towards their mortgage rather than on rent that pays a buy-to-let landlord.”

To support existing homeowners, the government is to change the rules around the mortgage interest (SMI) from nine months to three months.

But Labour’s Lisa Nandy, Shadow Housing Secretary, said the plans are “unworkable” if lenders are not on board.

She added: “There’s no sign those lenders are on board now for this policy, especially given how complex it is.

“The PM is also proposing to extend a (voluntary) ‘right to buy’ to housing association tenants. In their own pilot they estimated this would help around 17k families a year.

“But half of all homes under the scheme weren’t replaced and those that were, were more expensive. So for most families, it actually made the housing crisis worse.

“There are measures the Government could take to help families and crack down on landlords pushing up prices. Today we’re announcing plans to protect leaseholders from higher costs, for eg. But in the end we need a serious, workable plan to increase the supply of affordable housing.”

“Neither the review of low-deposit mortgages, nor extending right to buy to housing associations will address the shortage of homes we need in places people most want to live. For that we need a programme of social house building beyond the one-to-one replacement of homes bought under Right to Buy.

“In the pandemic we heard from renters who had to pay rent with their hard-earned savings because they weren’t eligible for Universal Credit.

“Expanding eligibility to people saving a deposit will restore some fairness to the benefits system, but it’s important to remember that many more people with no savings are struggling to find somewhere to live with current Local Housing Allowance rates.

“However, depending on how lenders respond, it may help first-time buyers in work to get a mortgage. Right now if you lose your job there is nothing to fall back on and that’s a risk for lenders.”

Chloe Fletcher, Policy Director at National Federation of ALMOs, said: “We have a housing crisis and a cost-of-living crisis. No matter how you look at these plans, they will nothing to help the fundamental problems households are currently facing.

“What so many people desperately need – particularly the young, those with low incomes and many of our key workers – is a home that they can actually afford.

“Far from extending home ownership in the long term, we know that close to half of all the social housing that’s been sold off so far has ended up being rented out, and at much higher, profit-driven prices. We can be pretty sure that pattern will be repeated with this sell-off.

“It’s a strategy that appears to rob Peter to pay Paul,” said Chloe Fletcher. “The experience in the council sector is that you cannot replace all homes like for like with the money from the sale and it permanently removes money from the social housing market that could have been used to build more homes for rent.

“The current fixation with home ownership to the exclusion of every other kind of tenure is breaking the market. And it is inflicting untold suffering on a generation who simply want a place to call home that they can afford.”