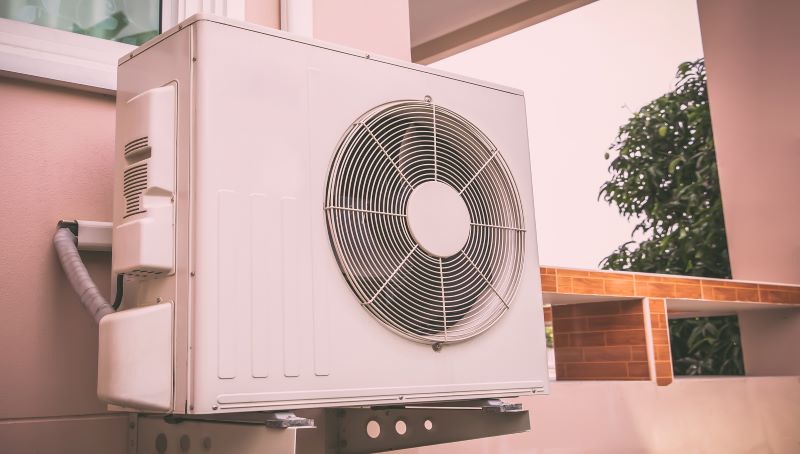 The Social Housing Decarbonisation Fund has received an £800m boost as part of £3.9bn in funding for decarbonising heat and buildings from 2022 to 2025.

The government has announced plans to drive down the cost of low carbon heating technologies, in a raft of measures aimed at decarbonising the country.

Through its Heat and Buildings Strategy, the government hopes to incentivise people to invest in cleaner systems, such as heat pumps, by offering grants towards installations.

The government says its steps will “significantly reduce the UK’s dependency on fossil fuels and exposure to global price spikes” and support up to 240,000 jobs by 2035.

From April 2022, homeowners will be offered grants of £5,000 to install more efficient heating systems, through a new £450 million three-year boiler upgrade scheme.

The government claims that those who sign up to the scheme will pay a similar amount as if they were installing a traditional gas boiler.

Heat in buildings is one of the largest sources of UK carbon emissions, accounting for 21% of the total, so the government says there is an urgent need to deliver a mix of new, low-carbon heating solutions to meet the country’s legally-binding carbon-reduction targets.

The government also says it will work closely with industry to help meet the aim of heat pumps costing the same to buy and run as fossil fuel boilers by 2030, as it aims to hit a new target for all new heating systems installed in UK homes by 2035 to be either using low-carbon technologies, such as electric heat pumps, or supporting new technologies like hydrogen-ready boilers.

No-one will be forced to remove their existing fossil fuel boilers, with this transition of the next 14 years seeing the UK’s households gradually move away from fossil fuel boilers in an affordable, practical and fair way, enabling homeowners to easily make these green choices when the time comes to replace their old boiler.

Prime Minister Boris Johnson said: “As we clean up the way we heat our homes over the next decade, we are backing our brilliant innovators to make clean technology like heat pumps as cheap to buy and run as gas boilers – supporting thousands of green jobs.

“Our new grants will help homeowners make the switch sooner, without costing them extra, so that going green is the better choice when their boiler needs an upgrade.”

Business and Energy Secretary Kwasi Kwarteng said: “Recent volatile global gas prices have highlighted the need to double down on our efforts to reduce Britain’s reliance on fossil fuels and move away from gas boilers over the coming decade to protect consumers in long term.

“As the technology improves and costs plummet over the next decade, we expect low carbon heating systems will become the obvious, affordable choice for consumers. Through our new grant scheme, we will ensure people are able to choose a more efficient alternative in the meantime.”

Responding to recent volatile gas prices across the world, the government says the UK must now build “a secure, home-grown energy sector which supports households to reduce their reliance on fossils fuels such as using gas boilers, while protecting consumers and businesses from unforeseen price spikes”.

According to the government, industry leaders expect that electric heat pumps will match the price of gas boilers to buy and run.

And to ensure that electric heat pumps will be no more expensive to run than gas boilers, ministers want to reduce the price of electricity over the next decade by shifting levies away from electricity to gas. A call for evidence is expected to be published with decisions made in 2022.

Additionally, the government has announced the Heat Pump Ready programme – a £60m scheme aimed at growing the electric heat pump market and expanding British manufacturing. The scheme will provide funding to drive technological innovation which will make the systems smaller, easier to install, and cheaper to run over the coming years.

Brian Berry, Chief Executive of the Federation of Master Builders, said: “Today’s Heat and Buildings Strategy needs to set out a bold and long-term plan of action to tackle the impact of our homes on the climate. Unfortunately, it is not looking encouraging. Grants for heat pumps is a step in the right direction so we begin to reduce our reliance on polluting and volatile fossil fuels, but incentives are also needed to make our existing homes better insulated.

“The government appears to be only listening to one half of the story. If there is no detail in the Strategy on how we can address the megatonnes of carbon lost through the leaky walls and roofs of our homes, it will have failed and the benefits of installing heat pumps risk being lost.

“Without a long-term national retrofit strategy, including a proper skills plan and communications campaign, regular consumers won’t know what action they need to take, nor feel it’s within their grasp; and industry won’t take the long-term investment decisions needed to be ready to deliver. I can only hope that the chancellor will use next week’s Budget to address some of these gaps.”