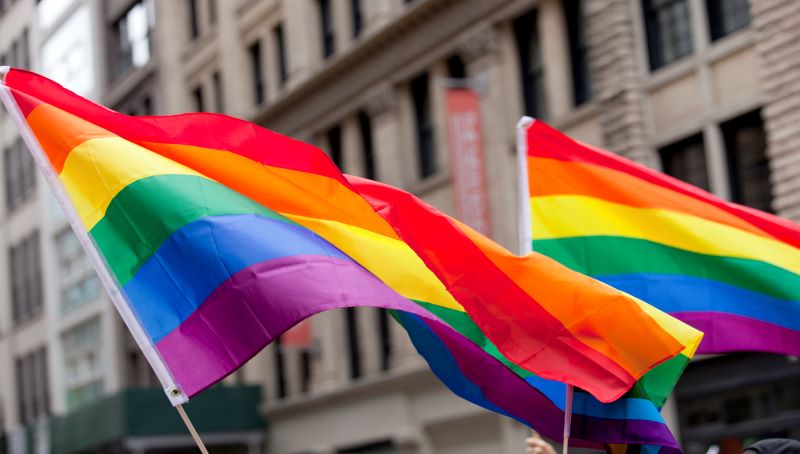 The social housing sector needs to step up in its support and provision for the LGBT+, BAME and diverse communities, a major sector has heard.

The comments came at Housing 21’s annual conference, which looked at how the sector could better cater for the diverse needs of older residents.

The conference was kicked off by Lord Best, who is the Chair of the All Party Parliamentary Group on Housing and Care for Older People.

He said that “housing always gets forgotten in the conversation” around health and care, and that for it to truly work for people, all three strands have to work together.

He added: “Every care decision is a housing decision, you cannot do one without the other. Without housing, care is going to be a lot more expensive.”

Lord Best spoke of the importance of housing in the health and wellbeing of older people, and highlighted how technology could play a role.

“There are so many opportunities to make people’s lives better through technology. Frontline staff are going to have to be savvy.”

The crossbench Peer also expressed his frustration over the revolving door of housing ministers, saying that just as they understand the issue, they change.

His APPG would have liked to introduce a policy that saw the ending of stamp duty for those older residents looking to downsize, but he believes that Chancellor Rishi Sunak would not be willing.

Also speaking in the keynote slot in the morning was Professor Karen West of the University of Bristol.

She said there was a lot more to do when thinking about the diverse needs of older people.

“Thinking of diversity within older people is a recognition that ageing is not just one thing, it is a different experience for everyone.

“Older people have really missed out on the ‘choice revolution’ in adult social care, with a lack of housing choices being the one closest to our hearts in this room.”

And while West said it was difficult, she urged the sector to “be critical” about diversity and only by doing that would it lead to better outcomes for older residents of all backgrounds.

Following on from the morning keynote was a panel session looking at cohousing in the BAME community.

He highlighted the higher levels of housing deprivation among BAME households compared to white households, as well as other health inequalities.

Harry Randhawa, Director at Triangle Architects, talked about their recent scheme with Housing21 which was a cohousing scheme for BAME residents.

Randhawa said there needed to be more design guides for building for older BAME individuals, as well as considering the language barriers that can persists, as well as the myths around intergenerational living, which are not always fair.

Yael Arbell of Sheffield University backed this up, saying that most of the people in her cohousing studies are older white homeowners who are highly educated, with “almost no black of South Asian individuals”.

Arbell pressed the benefits of cohousing, namely that LGBT communities see it as a safe space and that it can be used positively by the community that live there.

There were challenges though. While many conversations head straight to affordability within housing, the main barriers for cohousing are around values, needs and the feeling of belonging, Arbell said.

“The challenge with cohousing is to create inclusive decision making and produce training that breeds confidence so that people in the scheme can lead.”

After a short break, the conversations turned to older LGBT residents.

Bob Green, former Stonewall Housing CEO and now consultant, said that it shouldn’t be the case that in 2021, there are still LGBT+ that feel unsafe where they live and experience hate crimes.

He quoted a study that showed 51% of LGBT feeling uncomfortable living in non-LGBT housing, and 60% of trans people feeling unsafe where they live.

He said: “I know housing associations have so much on their plate at the moment. But you cannot drop one large section of the public, the LGBT community. You have to think, talk and do differently.

“Currently, the housing sector is failing the needs of the LGBT community.”

But there was some celebration at the session, with Anna Kear, CEO at Tonic Housing, speaking about their brand new LGBT older persons scheme.

It is the first of its kind and will certainly paved the way for others. She spoke of some of the reasons behind the need for it: “We’ve heard that people have had to go ‘back into the closet’ in later life if they are to get the support they need.

“Only 1% of LGBT people surveyed said that they would consider a general needs scheme (instead of a LGBT specialist scheme)”.

Also speaking on the same topic was Tina Wathern of Stonewall Housing.

She urged the sector to think about “how your organisation is going to come out” and how it is going to be inclusive.

Kicking off the afternoon proceedings was Richard Humphreys, who led a session looking at how housing can do more on dementia.

Professor Dawn Brooker, of the Association of Dementia Studies, said that housing needs to reach out to academics and those working in the dementia field about the importance of housing.

She said: “I’m a dementia care researcher and I never considered that housing was my business. Housing is not part of the conversation. You need to reach out and influence them, as they’re not coming to you.

“Extra Care is currently not well integrated within specialist dementia support. The big challenge is how housing makes that happen.”

She also said that housing choices needed to be part of the “post diagnosis discussion”.

Ben Beadle, the CEO at the National Residential Landlords Association gave some top tips for landlords looking to do more for those with dementia:

He also said that while not many private landlords do adaptations, many also don’t know about the financial support that is on offer for them to do so.

You can see all the tweets from the event by using #H21conf2021 on Twitter.