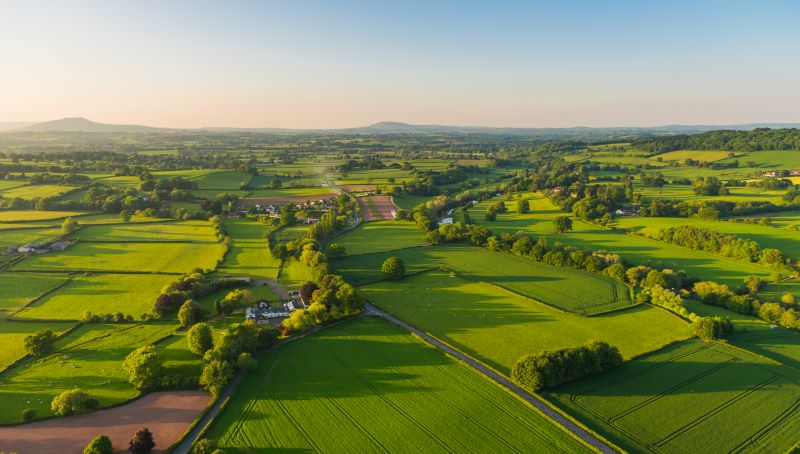 A chronic lack of genuinely affordable housing, loneliness and poor public transport have left young people living in the countryside so disillusioned only two in five plan to stay put over the next five years (43%), a new CPRE survey has found.

The soaring cost of housing was identified as the single biggest concern in the nationwide rural survey of 16 to 25-year-olds; 72% said it was a key problem and more than eight in 10 of those wanting to leave identified it as a major factor (84%).

Amid delays to long-awaited planning reforms, this survey of more than 1,000 young people living in rural areas found that just 43% of them plan to still be there beyond the next five years.

Fewer than one in five (18%) think the future looks bright. Of those planning to leave, 84% said affordable housing was an important factor in their decision.

Separate analysis by CPRE found the demand for social housing was growing nearly six times faster than the rate of supply in rural areas.

At current rates, the backlog of low-income families needing accommodation would take 121 years to clear. Figures show 8,898 households were added to social housing waiting lists in 88 rural local authority areas between 2019-20, the last year for which figures are available, with just 1,453 social homes delivered. In total 176,058 rural families were waiting for accommodation in 2020, up from 167,160 in 2019.

Freya Davies, 18, from Northamptonshire, a Flore parish councillor and member of the Northamptonshire Youth Crime Commission, said: “There is no way, when I eventually move out of my parents’ place, that I’ll be able to afford to stay in the village. I don’t really want to move out but it’s just not affordable for me. I think all that will happen is that you just end up with an ageing rural population.

“I think it is something that we’ve already started to get but as house prices go up in rural areas you just won’t have families, you won’t have young people being able to stay.

“I put quite a lot into the village and it sort of feels like I’m being pushed out. I don’t want to go. I really like living here but there’s just no option for me.”

Crispin Truman, chief executive of CPRE, the countryside charity, said: “A thriving countryside depends on young people being able to study, work and start families in rural areas. But the sad reality is that the majority of young people born and raised in the countryside feel they can no longer afford to live there – despite the overwhelming majority saying they would like to.

“A fraction of the young people we heard from feel they are listened to by decision makers. This is troubling, for their concerns came through loud and clear. Second only to unaffordable housing, young people in the countryside said isolation and loneliness was their biggest concern.

“The shameful inequities of rural life mean young people growing up today struggle simply to meet up with their friends – in person or online – because public transport and broadband in the countryside has been treated as an afterthought for too long.

“We must do better. To really level up the countryside the government must, at a bare minimum, guarantee hourly flat fare bus services running from morning to midnight, seven days a week, for our rural towns and villages. We must ensure that everyone has access to reliable, affordable and convenient public transport.

“And in the forthcoming Spending Review, we’re calling on the government to allocate £12.8 billion of funding a year to tackle the housing crisis, with a fair proportion allocated to rural areas to deliver genuinely affordable and well-designed homes for rural communities.”

After housing, poor quality public transport and feelings of loneliness and isolation were the next two biggest issues for young people in the countryside. Other key stats include: