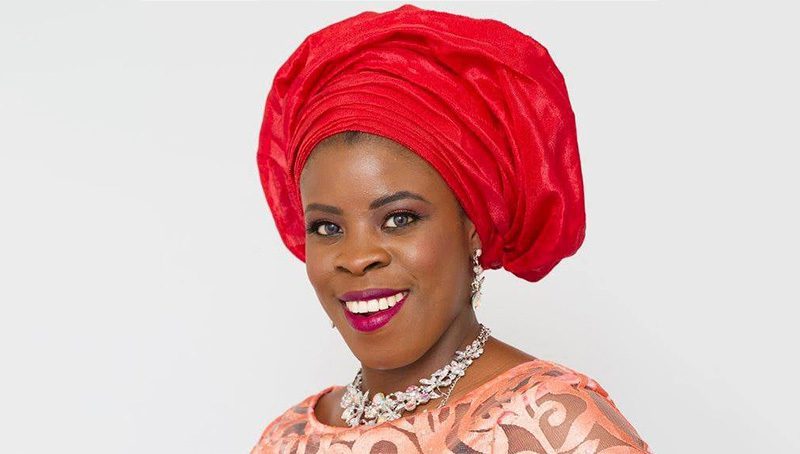 Growing up in Nigeria, I wasn’t always familiar with October being Black History Month, and only noted that it was marked when I moved to London 24 years ago.

And, in fact, despite knowing about it, in the past I might not always have flagged it publicly, even if I was marking the occasion in the privacy of my own home, cooking with family and friends, or taking part in other celebrations.

But, over the last year or so, things have really shifted for me, and this year in particular Black History Month really does feel important. It started with George Floyd’s death and the outcry that spontaneously rose up after that terrible event – and its connection to the Black Lives Matter movement.

Seeing people around the world use their voices to campaign and to decry racism – on TV, on social media, in my workplace, in my hometown – really inspired me.

It made me feel empowered with an understanding of the remarkable contribution, resilience, and successes of the Black community and all who support true diversity. It also made me wonder whether I could do more to use my own voice.

At the same time, I’d recently changed jobs, moving to Sovereign in January 2020, just before the pandemic began. Shortly after I arrived, Jerome Williams also joined Sovereign. He’s the Equality Diversity and Inclusion (EDI) Manager. His appointment was something new to me.

As soon as he arrived, he started making waves, looking for people to start networks designed to build connections and awareness within the organisation.

I joined CAAN – the Caribbean African Asian Network – in October 2020 and became the chair in April 2021. The network felt like a caring arm wrapped around me and I immediately felt that I could be myself.

Previously, I’ve tried to be different people in different places. Now I feel like I can proudly claim all three at the same time. And in being myself at work, I became even more aware of what I have to share.

I’m Black, I’m Nigerian, and I’m British. On top of that, I’m also a woman in finance. All of these different selves are one. The confidence that comes with being comfortable in my own skin – well, now I can’t hide away again!

The outfit that I’m wearing in the photo printed alongside this article originates from the southeast of Nigeria, where my family are from.

It’s part of the Yoruba culture – a traditional outfit that symbolises our identity, mainly worn during celebrations, which is why it felt fitting to share it now, during Black History Month. The gele headscarf in bold colours is part of the culture – being brave and standing out.

I’ve tried to bring that boldness to work. I’ve shared my story on our internal networks and here, which is something I’d never have done before.

But more than that, I’m proud to say that ‘EDI’ is now part of my working life too – not just a thing that I do with the network, though that’s important.

We’re launching a new procurement system with a social enterprise called Kaleida, that encourages diverse organisations to apply to work with us at Sovereign.

We’ll build relationships with these new suppliers and others to make sure that we share knowledge and best practice around our EDI goals.

This is a hugely exciting development, and one that I’m really proud to be part of.

Along with my team, I’m making history in Black History Month, as we change the way that Sovereign does business. My worlds have all collided for the first time – and it makes me hugely proud.