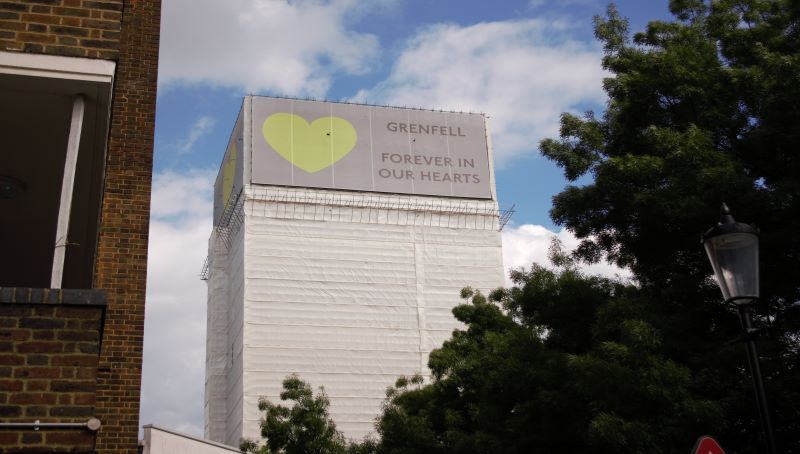 The vast majority of recommendations directed at London Fire Brigade (LFB) following the Grenfell Tower Inquiry have now been completed, claims a new report from the Mayor of London, Sadiq Khan.

The mayor and LFB accepted all of the inquiry Phase 1 report’s recommendations published in October 2019, and Khan has worked with the brigade to ensure substantial progress has been made and published monthly updates, the report says.

LFB has now completed 26 of the 29 recommendations directed specifically at it and other fire and rescue services, and says it is working to implement the remaining three as quickly as possible.

The significant changes the brigade has made since the Grenfell Tower fire include introducing smoke hoods to aid in the rescue of people in smoke-filled environments, introducing 32m and 64m ladders to help tackle fires in high-rise buildings, rolling out an extensive programme of training in order to put in place changes for how it responds to high-rise fires, including when the ‘stay put’ guidance is no longer viable and has to be revoked, and a mass evacuation carried out.

LFB and the mayor are participating in Phase 2 of the inquiry, which is examining wider issues, including how the building came to be in an unsafe condition. The brigade says it is already undertaking a range of improvement work that relates the issues raised during the second part of the inquiry, including improving how it gathers and shares information risk information about buildings, investing in upgraded communications equipment for use at incidents, and updating incident command procedures and training.

According to Khan’s report, the government has so far failed to complete any of the recommendations aimed specifically at it from the first phase of the Inquiry. The Phase 1 report included 12 recommendations – such as vital changes to legislation and national guidelines on building regulations, including those that relate to fire safety. To date, none have been completed, and the government hasn’t provided a date for when they will be.

Khan said: “The Grenfell Tower fire was an appalling tragedy and we will always remember the 72 people who lost their lives. We owe it to the people who died, their loved ones and those who survived to ensure that nothing like it ever happens again.

“That is why, since the fire, I have been relentless in doing everything I can to ensure the recommendations from the Grenfell Tower Inquiry are implemented. The London Fire Brigade has made significant changes, and demonstrated their commitment to putting in place the recommendations as swiftly as possible.

“However, I am extremely concerned the government has failed to complete a single recommendation from the first phase of the Inquiry. It is vital that the government and the housing and building industries act now and do not wait for the Inquiry’s next report to take action on such an important issue. Without faster action, the government is failing the Grenfell community, putting lives at risk and leaving residents feeling unsafe in their homes. The government, housing and building industries must not wait to implement the wholesale reforms that are needed to fix a broken system.”

London Fire Commissioner Andy Roe said: “We accepted every recommendation made to us by Phase 1 of the Grenfell Tower Inquiry and by the end of March we will have completed 26 out of the 29 recommendations directed specifically at London Fire Brigade and other fire and rescue services.

“While there is some work still to do, I am pleased to say that we now have important new policies, practices, training, and equipment in place to help protect Londoners and firefighters.

“We owe it to the bereaved families, the survivors and the residents to learn lessons, transform our service, and improve. We also continue to have detailed discussions with community representatives about how we can improve our service and make it accessible to all.”