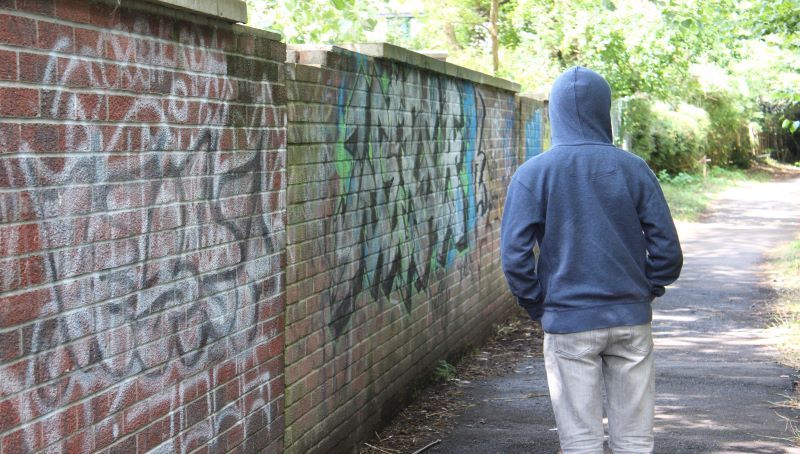 It’s an all too familiar story. Someone confronts a gang of young people carrying out anti-social behaviour in their community – then their life is turned upside down for years in a wave of targeted attacks.

On Monday, Sean Ivey spoke to BBC Panorama about his campaign to tackle ASB in his community.

He was a victim of two suspected high-profile arson attacks last year after he confronted youths causing ASB in his area.

Since then, he’s spoken to dozens of victims of ASB who have been through similar issues. His message to housing associations and local authorities is clear: a more coordinated approach is needed to tackle the ASB that’s ruining lives.

Mr Ivey, a former Marine who served in Afghanistan and Iraq, had become frustrated by the nuisance behaviour of a number of youths riding off-road motorbikes in his community.

He was travelling in his car to pick up some flowers for Mother’s Day when a bike almost crashed into him. He confronted the gang and posted images on social media.

He said: “Loads of people got in touch to say they were sick of it. Later on, someone sent me a message saying that they’d seen an image of my house on the Snapchat social media channel with a flaming emoji on it.”

Days later he had to flee to safety with his wife and two children after his house was destroyed by a fire.

Mr Ivey explained: “I woke up at around 1.30 am, which I’d never normally do. The bedroom window looks onto the drive, and I could see a yellow light. I knew what was happening. I knew the car was on fire.

“We got the kids and pulled duvets over their heads, so they didn’t see what was going on and got them to the other side of the road. We then saw that the caravan was also on fire. I knew that we had two gas bottles inside and at any moment they would blow.”

More than £300,000 has been raised to help Mr Ivey and his family rebuild their lives.

Since that day, Mr Ivey has launched a campaign to address ASB in his community. He believes housing associations should be doing more to focus on prevention and encourage people to report ASB early on – before cases get out of hand.

“Enough is enough,” he said. “We’ve seen a big rise in ASB, and we must stand up to it. There are so many stories from all across the country where people are living in fear. What has happened to me, and my family can happen to anyone if ASB is left to run riot.

“We’ve got to address problems before they start. Rather than just targeting people who are committing ASB, why aren’t we looking at what can be done to prevent it?

“We need to get to people before they start committing crimes that put people’s lives at risk.

“Not enough is being done in communities and it’s becoming a huge problem.”

Landlords have reported big spikes in ASB cases since lockdowns and have had to adapt to dealing with complex caseloads through virtual channels.

A key focus of last night’s Panorama documentary was the Community Trigger – a law aimed at protecting tenants who repeatedly complained about anti-social behaviour in their community but felt they were getting nowhere.

The law means that anyone who makes three complaints about an ASB issue can press the Community Trigger and bring together different agencies to review the case and develop a solution to the problem.

Rebecca Bryant, Chief Executive of Resolve, said landlords have been doing great work in communities to deal with rising case numbers, but more needs to be done to educate people on the tools and powers already available to them to tackle the problem.

She said: “We know that early intervention works. Around 75% of complaints about ASB are solved at the first conversation.

“Where cases do escalate, it’s important landlords and the community know the tools and powers available to them.

“Last year’s report from the Civil Justice Council highlights the issue we face –and that a more consistent approach is needed across all partners.

“There are tools and powers at our disposal. For example, positive requirements can help to criminalise people at a young age and work towards an outcome of changed attitudes and behaviours.

“The community trigger is also something that needs to be much more widely available, and that starts with a more transparent process.

“Ultimately, we need to reflect on how we can professionalise how we deal with ASB so that there’s much more consistency across regions and partners.”